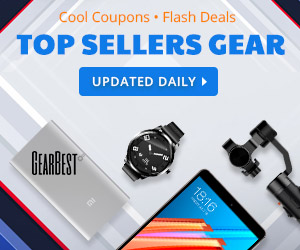 A 1911 bushing wrench with a built-in cigar cutter was not something I would have came up with on my own. don’t get me wrong I enjoy a nice cigar every now and then and I love my Colt Commander 1911 that my grandfather gave me, but when a good friend suggested to me on Facebook (you are following me on Facebook right) that I make one I thought why not.

For those that don’t know firearms there is a bushing at the barrel that holds a spring and a bushing wrench helps remove this bushing and makes sure you don’t launch the spring across the room (and yes i have done this) and the cigar cutter is for….. You guessed it cutting cigars.

I started my design in Tinkercad. Tinkercad is a free web based cad program that is pretty cool. It is super basic and is perfect for simple designs but has the possibility to do so much more. I started with some basic shapes untell I got something I was happy with.

I then saved it as an stl and opened it in my slicing software (Cura) and converted it to gcode then sent it off to print on my cr-10. About an hour later I get this

my first one didnt owrk out very well. I needed to make the part wider and the hole the bushing fits in to was too small so after a little fine tuning I printed another one. 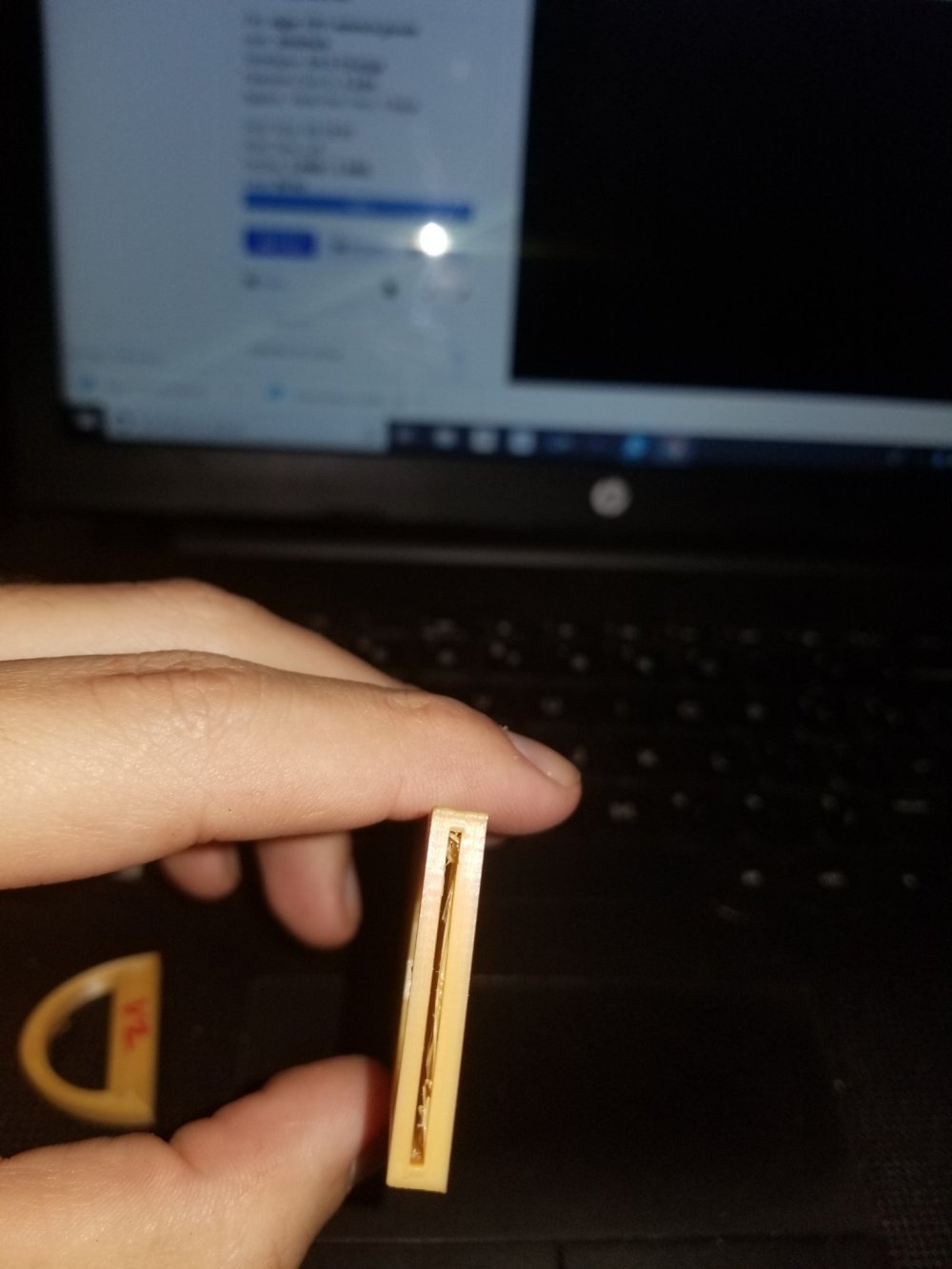 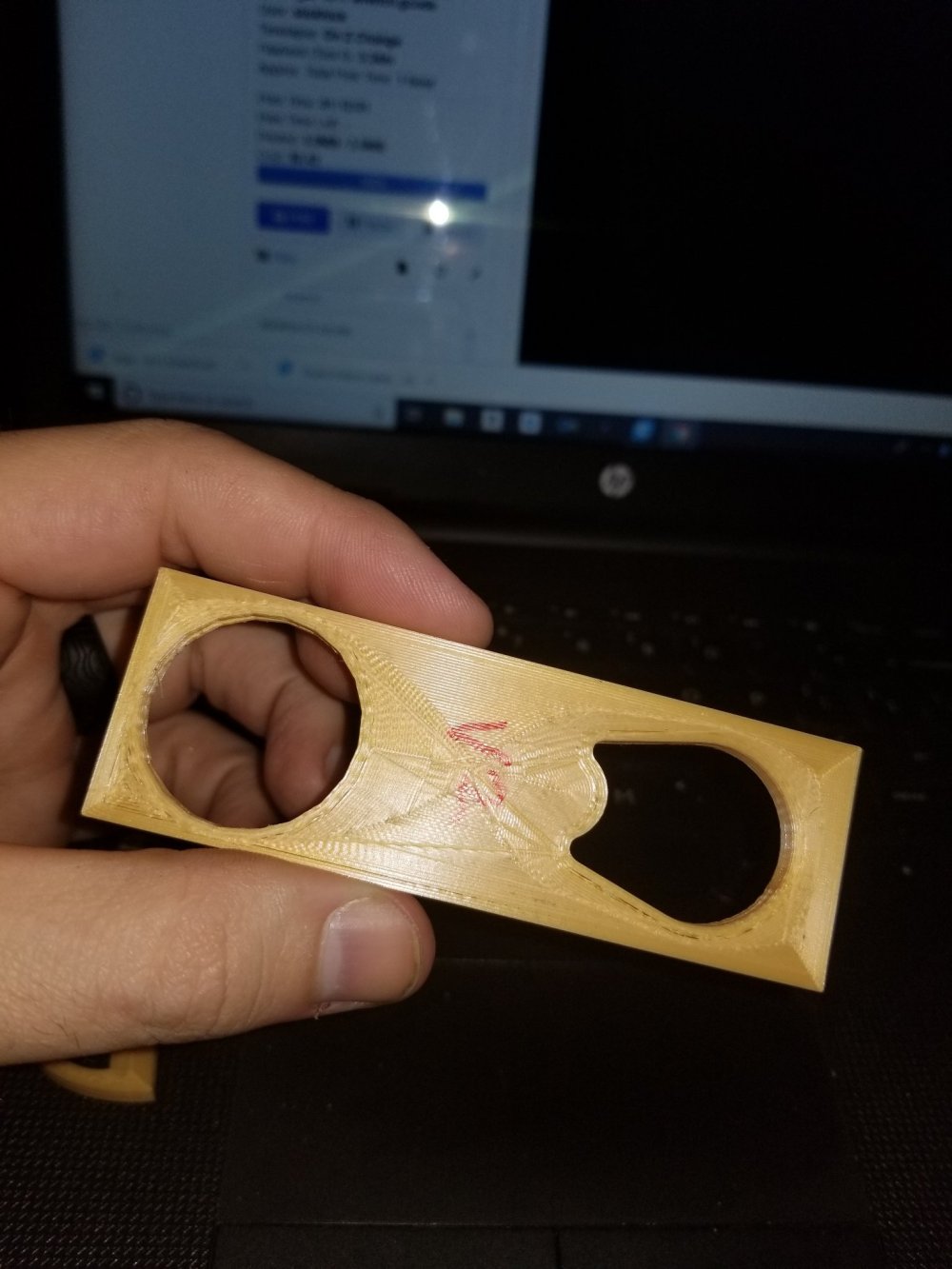 While this one was better now the holes were too big and it was missing the radius at the one end, like I always say part of trying is failing so back to Tinkercad and after a few clicks and an hour of print time I get version 3. 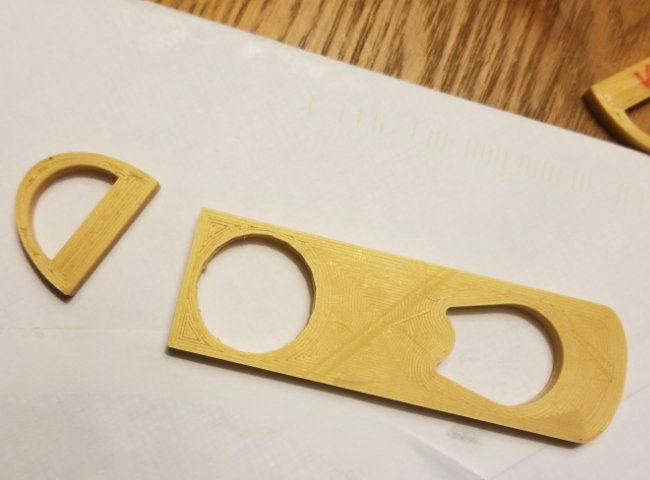 Came out pretty good so I went on to the next step which was the blade for the cigar cutter. I wanted to make it out of stainless steel but didn’t have any on hand, I did have some aluminum that was the right thickness so I went with that.

After I got that cut I glued it to the top piece of the cutter.

And tryed it out

For a quick prototype it works pretty good. It needs some improvements but is functional. I have learned alot and have some ideas for improvements but not sure when I’ll have the time to pick this project back up but for now I have a fully functional cigar cutter /1911 bushing wrench combo.